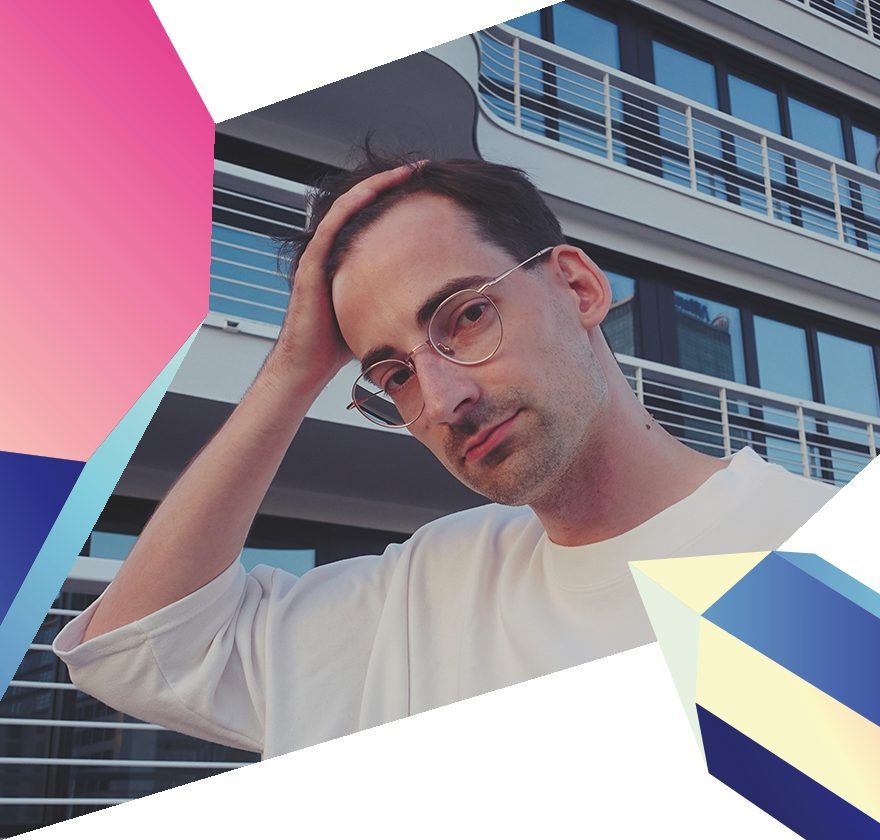 Chambray is the alias of André Rost who has gone on to deliver massive dancefloor heaters full of punchy house tracks such as “Feelin’ Good » and “Loving U ».
Back in 2014, the Berlin-based German DJ & producer signed to Jimmy Edgar’s Ultramajic imprint that helped define his music career and catapulted him on to the international stage.

Since 2017 he has been releasing tracks independently on international record labels like Rekids, Edible Beats, Axtone, Dirtybird and Figure just to name a few.
As an artist and producer Chambray experiments a lot with new sounds, song structures and workflows which are represented in his music. Strongly influenced by House and Ghetto House accompanied by African rhythms, he approaches the creation of his music uniquely by combining chord progressions and the special placing of tom drums which makes his sound distinctive, vibrant and unforgettable.

Within his colourful career, he has also remixed artists like Claptone, Grimes, Frankie Knuckles, and Boys Noize (and many more) and collaborated with French techno pioneer Laurent Garnier, Truncate, DJ Haus & Kill Frenzy. Chambray’s most memorable moment takes us back to 2016 when he received a personal invitation from Richie Hawtin to perform due to his PLAYdifferently mixer launch at Boiler Room Berlin.

Besides being a music producer, André is a revered DJ in his own right. In the last 10 years, he has toured all over the world from clubs like Berghain, Fabric, Output to huge electronic music festivals like Tomorrowland. Chambray always ensures his DJ sets are energetic as he strives to deliver the best performance wherever he plays, connecting with the audience to make their night as memorable as possible.