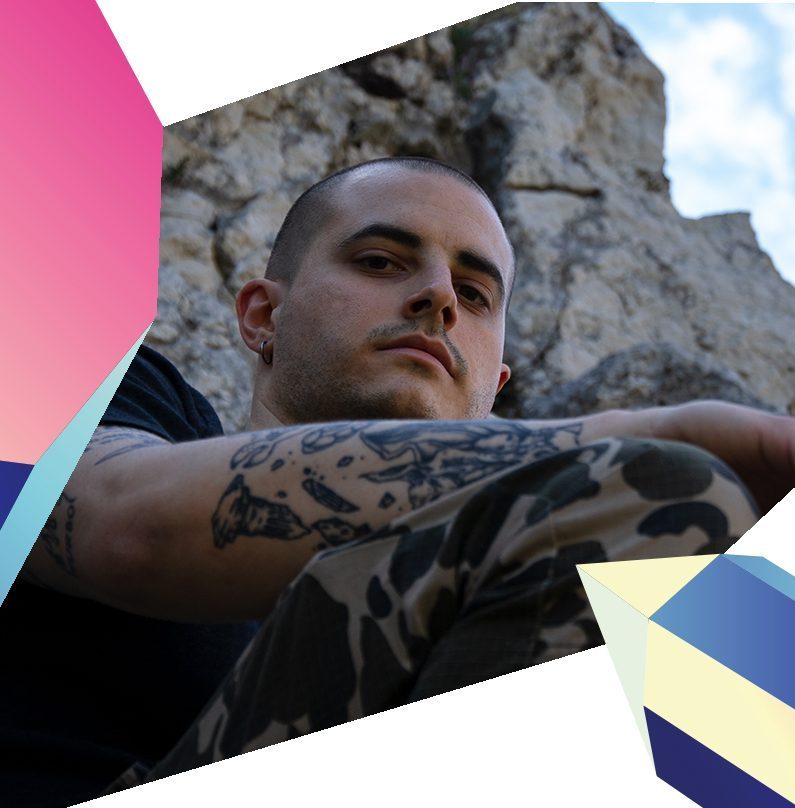 Natlek is an Italian producer and DJ born in 1991, co-founder of Merge Layers Records with Nobel, with whom he also curated the monthly show on Radar Radio in London and currently on Radio Raheem in Milan. Natlek has 3 EP, multiple singles, remixes and 1 album to his credit.

In addition to the productions, he also curated various radio shows for the most important radios that deal with electronic music worldwide : BBC Radio 1 & 1xtra guest for the legendary Toddla T, Rinse France, Hotel Radio Paris, Radar Radio,Block.fm to name a few.

2016 was an important year to consolidate his name, he was a guest of the Overdrive Infinity program in Paris curated by Teki Latex and made its first English date playing at Rye Wax in London in November of that year.

2021 will be a big turning point in the project with a unique live machines!